It used to be a simple thing to become a homeowner in the US, but now the American dream is far from reality. With the demand for higher mortgage deposits and lower average salaries, there is no wonder that for some people it might take a lifetime to own their own home.

The main culprit being blamed for this growing issue is student debt, a logical reason as college costs continue to increase. However, though student debt is a real issue in today’s society, new research from the Apartment List  has shown that the increase in housing prices combined with lower wages are more responsible for the low rates of homeowners in the US. 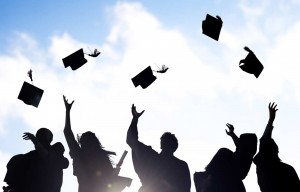 The research, involving over 30,000 18-34 year olds, just emphasizes what we already know. People who do not go to college are much less likely to be able to afford a mortgage when compared to those who graduated from college.  Their prediction states that a person without a college degree would take 5 years more than a graduate to be able to afford a house, and that includes the payments of the student loan.

The survey suggests that someone without a college degree would save $2,000 a year, which is $1,000 less than what the average graduate would save. And when the average cost of a house is $154,000, it would take a whopping 15years just to save for a deposit. The more prominent issue to consider is the instability of the mortgage market.

Currently the average mortgage rate is around 3.5%, however if these rates return to what they were in the last decade, 5.5%, it would add 8 and half years for those without college degrees to own a home. That means more than 23 years. The more worrying situation would be if rates returned to 7.3%, what they were at 15 years ago, which would take non college graduates 37 years to own a home.

The above calculations are based on the cost homes in average cities which do not include major places such as New York City or San Francisco. Being one of the most expensive cities in the US, a person without a degree would have to wait 50 years to save a 20% deposit in San Francisco. This isn’t to say that college graduates have it much easier in such cities, they would only be able to afford one in 39 years. With the increase in interest rates and higher rent costs, for someone without a degree it would take more than their entire lifetime to save for a down payment in some of the more expensive cities.

So whatever you have heard about the American dream being alive and kicking, you might want to rethink and recalculate your prospective income. It might even change the college major you choose from Liberal Arts to Business Management.