Over time, individuals have learnt to rank virtually everything that co-exists in a group in terms of efficiency, effectiveness, wealth, intelligence and strength amongst others. One of such things is the University system. The term university was gotten was the Latin word ‘universitas magistorum et scholarium’ which means scholars and maters society. The ranking of the university system has always being a difficult one as there are a lot of factors that could be considered while ranking a university. The factors include how long they have been in existence, the facilities they have and how successful their alumni have been over time. This article, however, intends to list out some of the universities that have survived the longest as well as their current reputation. 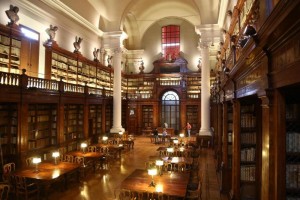 The University has survived over 900 years and currently has about 82,000 students and 2,850 academic staff. The University of Bologna was the first institution officially called a university and her motto – Nourishing mother of the studies. Some of the alumni of note from the university include Thomas Erastus, Nicolaus Copernicus, Gregory XV, Alexander VI and Popes Innocent IX.